Hari grew up in the Vratnik neighborhood of Sarajevo's old town. His grandfather was one of the more well-known singers of traditional Bosnian Music called Sevdalinke. At the age of six, Hajrudin began to sing and learned to play the guitar. At the local cultural center, he was asked to sing, then at the age of ten he sang with the group sastavu "Omi", and later for the group "Sedam šuma". In Vratnik, Hari recorded his first song "Zašto da ne uzmem nju. (Why don't I take her)" After finishing electrical school, Varešanović began to study Philosophy and attended classes of natural politics, but he never completed the courses. Music took up much of his time, as did his love of photography.

In 1979, Hari joined the group "Zov" with whom he recorded the hit song "Poletjela golubica sa Baščaršije." The song is still very popular. Next, Varešanović sang with the group "Ambasadori", with whom, it is said, that he matured into a professional artist. After his serving mandatory military service in the town of Niš, he appeared on the music scene by himself releasing the (1984) album "Zlatne Kočije." In September of 1985, Hari Varešanović together with the group members of "Baobab", Izo Kolečić, Edo Mulahalilović, Pjer Žalica, and Zoran Kesić won the festival Nove nade, nove snage (New hopes, new strengths)', and created the musical group "Hari Mata Hari." That same year, the new group announced the release of their new album "U tvojoj kosi. (In your hair)" In 1986, Pjer Žalica "Badžo" and Zoran Kesić leave the group. They are replaced by pianist Adi Mulihalilović and bass player Neno Jeleč, who will eventuallz be replaced by Željko Zuber. Their album of 1986, Ne bi te odbranila ni cijela Jugoslavija, (Not even all of Yugoslavia could defend you) was voted as the best album of the year, and the Jugovision, national competition for the Eurovision announced them as the candidate for Yugoslavia. Hari Mata Hari, in 1986, received fifth place for the song "U tvojoj kosi (In your hair)," and fourteenth place for the song "Nebeska kraljica" in 1987 in Belgrade.

In 1999 Hari Varešanović was chosen to represent Bosnia and Herzegovina for Eurovision. However, he was disqualified due to an issue with the song's status. Hari sold the song "Starac i more (The old man and the sea)" to Finland in 1997 and Finnish artist Janne Hurme recorded that song in Finnish, named "Sydänveri" (Finnish for "Heart Blood"). Dino Merlin, who was the runner up, was sent to Eurovision instead and received seventh place. Hari, together with Hanka Paldum, recorded the duet "Crni snijeg (Black snow)" in 2001. That same year (2001) the album "Baš ti lijepo stoje suze" came out with a few hit songs - (Kao domine (Like dominoes), Zjenico oka moga, Baš ti lijepo stoje suze). In 2002 with the song "Ružmarin (Rosemary)", that became an instant hit. Hari Mata Hari was one of the six finalists in the Croatian Radio Festival and represented Bosnia and Herzegovina for the OGAE in France. Also, in 2002 Hari Mata Hari won the first "Davorin" song of the year award, for the song "Kao Domine (Like dominoes)." the music for the song was written by Miki Bodlović and Hari Varešanović, with lyrics by Fahrudin Pecikoza. Then in 2003 Hari's song "Idi", brings him to the seventh Croatian Radio Festival with the song "Navodno" with Ivana Banfić. He then goes to the Splitski festival. After Hari's small concerts in Balkan, Europe, and Australia, the group begins to record a new album. Franjo Valentić, Hari's long time friend joins the group, while Miki Bodlović leaves the group to start his own career in U.S. At the eighth Hrvatski radiski festival the group competed with the song "Nema čega nema". At the Splitski festival the group entered the competition with the song "Zakon jačega (Law of the strong)" recorded with Bosnian superstar singer Kemal Monteno. Later that year the group released another album under the name of the song "Zakon jačega", for Sarajevo's Diskoton, Zagreb's Croatia Records, and Belgrade's Haj-faj centar.

PBSBiH, through a public on-line voting system, Hari Mata Hari was chosen as the Bosnian representative for Eurovision. BH Eurosong gave the name "Vrijeme je za Bosnu i Hercegovinu (It's time for Bosnia-Herzegovina)", and the song was described as Bosnia's Romeo and Juliet. The first time the song was aired to the public was on March 5, 2006 on a special live evening celebration held by "BH Eurosong 06" in Sarajevo's theater. Hari sang the song for the first time in public and received a standing ovation. Six days later, Hari sang the song at his first stage appearance in Belgrade on the final evening of Evropesma 2006. The song "Lejla" (Composer: Željko Joksimović, Lyric writers: Fahrudin Pecikoza & Dejan Ivanovic) is a powerful love ballad about far away love. It uses styles of sevdah and local traditional instruments. The female name Lejla is a traditional Arab name. Eric Clapton and ZZ Top both used the name Leyla in their songs. It is said the title refers to a popular Bosnian song from 1981, when a song called "Lejla" was the Yugoslavian entry to the Eurovision Songcontest. It was sung by Bosnian artist Seid Memić Vajta and reached 15th place in Dublin.

The lyrics of the song were written by Fahrudin Pecikoza and Dejan Ivanović with the music by Željko Joksimović. Joksimović, represented Serbia and Montenegro at the Eurovision Song Contest 2004 in Istanbul ("Lane moje", second place), the song was written for non-profit and was solely voluntary. The music video of "Lejla" was directed by Pjer Žalica, along with Hari and the band. It shows many old Bosnian traditions. It was recorded in several areas of Herzegovina: on the mountains of Blidinja and on the national park/lake Hutovo Blato, on Ruištu, and in the beautiful city of Mostar. The video ends with the Stari Most, the older part of the city, in the background. The song received its name through on-line voting (with 3501 votes, other name ideas were "Zar bi mogla ti drugog voljeti (Could you not love another?)" with 660, and "Sakrivena" with 462 votes).

Even with huge concerts in Sarajevo's "Skenderija" and "Zetra", Hari Mata Hari never has any problems filling up concerts wherever they go in the former Yugoslavia areas. In 1999, the group played for seven days in Belgrade at the "Sava center".

Hari Mata Hari continues to be one of the most well-known, popular and respected Bosnian musical groups of all time. 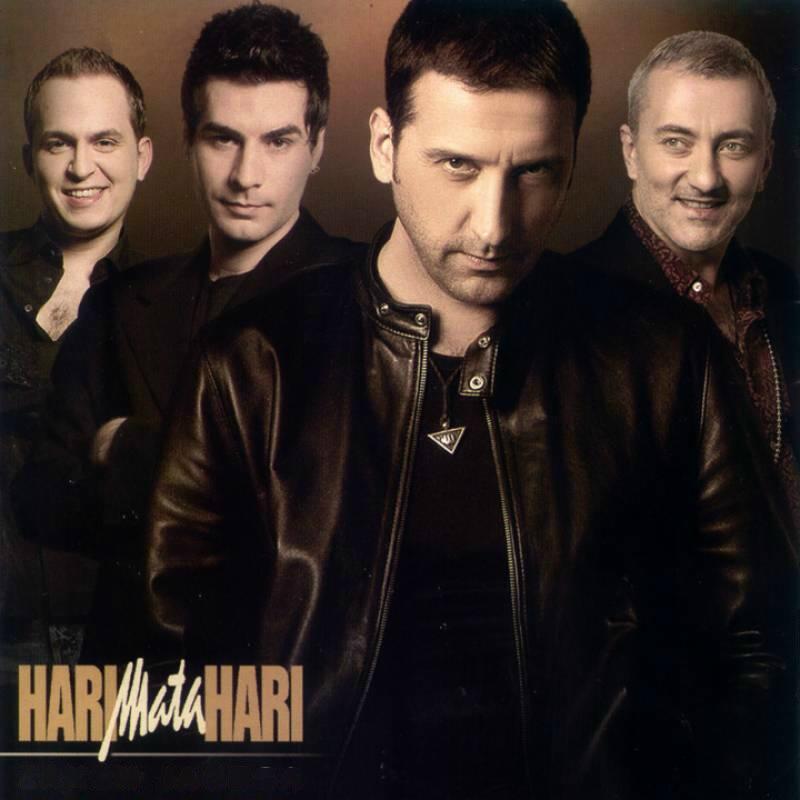